Back at Christmas time a good friend from work gave me some movie money, on the promise that I would write up a movie review.

The only problem was, most of what was out there around Christmas truly sucked.

I took a look at what was coming up and I decided that I was going hold onto my movie money virginity until LOGAN came out.

So, on the second weekend of the movie run my wife and I went to see LOGAN. I’m not sure why. It’s not like we were superhero geeks or anything like that. 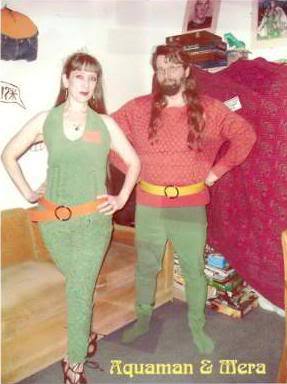 No, neither my wife nor I are wearing wigs – and we both have very short hair now!

Well, let’s start out by saying that LOGAN truly rocked.

The movie was totally awesome. It showed us viewers a true picture of a hero grown old. Hell, there were two heroes grown old – Wolverine AND Professor X.

I can relate to that. I’m tiptoeing up on sixty years of age and my wife has markered my name on the bathroom mirror so that I will remember who I am shaving every morning after breakfast. I’ve developed a tremor in my right hand that worsens under stress. Snow has fallen upon my temples and beard and a lifetime of cheeseburgers and beer have begun to accumulate around my belt.

Getting old is God’s joke on us all. Sooner or later, we all drive a beater of a car. Our ball bearings begin to rust and we begin to creak and we begin to smell funny. Old Man Death is catching up to us and he is taking his sweet time, but we can feel him coming on just the same.

My goodness, Steve, that last sentence depressed me so badly I’m finally giving up the role of Professor X – and I am likewise admitting that Kirk was a far ballsier starship Captain than I could ever hope to be!!

What I liked about LOGAN was that this was a superhero movie that did not kid around. It was dark and Wolverine’s claws were really freaking sharp and he did not pull any punches or waste time posing and flexing like a wannabe Mr. Universe.

I also appreciate the dark near-apocalyptic universe they staged the movie in, although the geek-boy in me still quietly yearned for the balls-to-the-wall fantasy that was the graphic novel, OLD MAN LOGAN. I understand that OLD MAN LOGAN was just a bit too comic book geeky to create the heavy powerful atmosphere of the movie LOGAN – but I still wanted to see an Old Man Hulk attempting to chow down on the Wolverine.

Still, the movie was strong and dark and a hell of a goodbye to an amazing character’s film career. Oh, I am sure that we will see another Wolverine. Some chucklehead will come up with the idea that a Norwegian Wolverine played by a young hipster with a full-blown Duck Dynasty beard would be a wonderful idea – and hey, what if he sang show tunes?

But for me, there is never going to be any other actor who could play this character so well as Mr. Hugh Jackman, even if he CAN sing show tunes.

Oh yeah – I am supposed to be reviewing this movie, aren’t I?

Well, what can I tell you?

LOGAN is a damn good movie.

If you dig the Wolverine, get your ass into a theater and go and see it, right now. 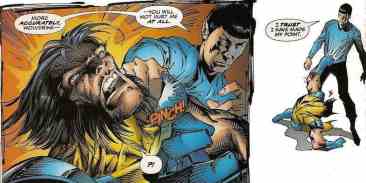 Hands up, any of you who geek-types who remember that Spock beat the Wolverine with a Vulcan neck pinch. That’ll serve him right for daring to comparing Patrick Stewart with the original World Federation wrestling superstar, William Shatner!

Kobo join the print-on-demand game — but should you play?

I’m tempted to look into this. With Kindle switching over to putting our their own paperbacks WITHOUT the ability to sell extra copies to authors I really need to find a better source.

Source: Kobo join the print-on-demand game — but should you play?

Should You Use An Author’s Photo?

Jeust the other day somebody asked me about using an photo of yourself on the back of a paperback.

“It feels a bit weird, putting my own photo on the back of a paperback, even one of my own paperbacks,” was what she told me. “Do you think that you should do it?”

Well, let me put it this way. 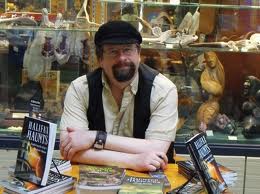 This is me – squinting blindly and blithely, straight into the rising sun.

Listen – just click this picture to take you to my Movember page. Any sort of donation will go to help fight prostate cancer. Let’s slap cancer right in the face! 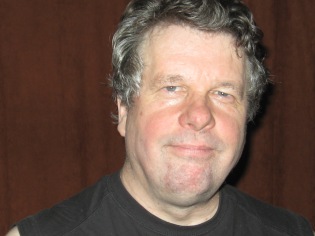 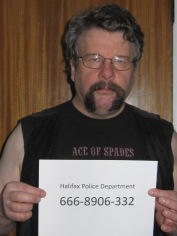 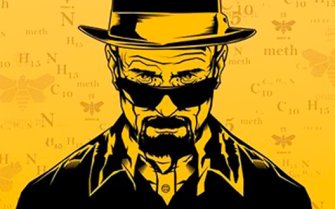 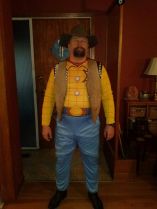 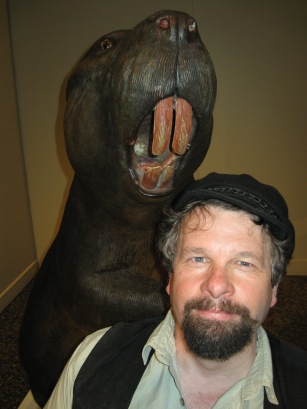 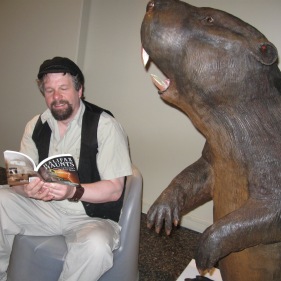 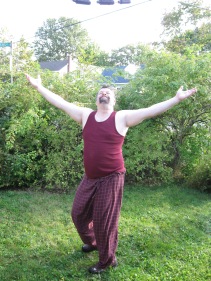 This is me, doing my Happy Dance! 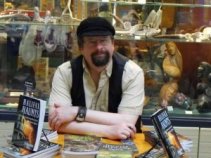 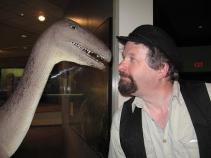 I like having my picture taken – just in case you haven’t figured that out yet. But aside from overly-needy egomania – I have a very real reason for making certain that there is an author’s photo on each of my books.

Let me explain it to you.

Part of the reason I don’t mind is because I started out as a traditional author, and my publishers ALWAYS insisted upon an author’s photo.

However, I agree with them totally.

All kidding aside, an author’s photo helps to establish a connection between the reader and the author. Think of how much you enjoyed your grandmother/mother/dad telling you a bedtime story. Just try and picture yourself listening to that same story told from a tape recording. Besides that, I often take my book table around to different festivals and sell and sign my books and it is a great help when people ask me “Did you write this?” and I say, “Yup, that’s my picture on the back cover.”

People want to get to know you – even in a sort of psuedo-fashion. They want to feel like they actually know you. People WANT to hear stories from real people, so I am a FIRM believer in author’s photos and bio material of all sorts and styles. Think of all of those records you see with the pictures of the performers. (I know – records and tape recordings – I am dating myself).

So my advise to any author – traditional or indie – is to make certain that you attach a photo of yourself to that back cover. I know you’re shy and I realize your acne might embarrass you – but heck, look at this way. These are your words that you have written and you REALLY ought to show that you are proud of your own words.

Incidentally, one of those photos is NOT me.

But, on the other hand – I actually have an author’s photo prepared for the possibility that I might someday release a book under a pseudonym and want to keep my identity secret. 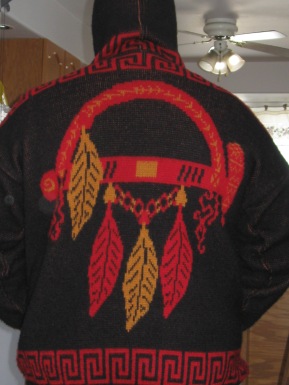 If that doesn’t work I could always go with this one! 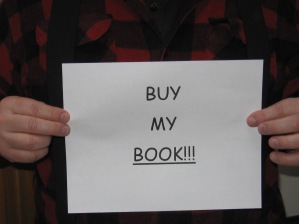