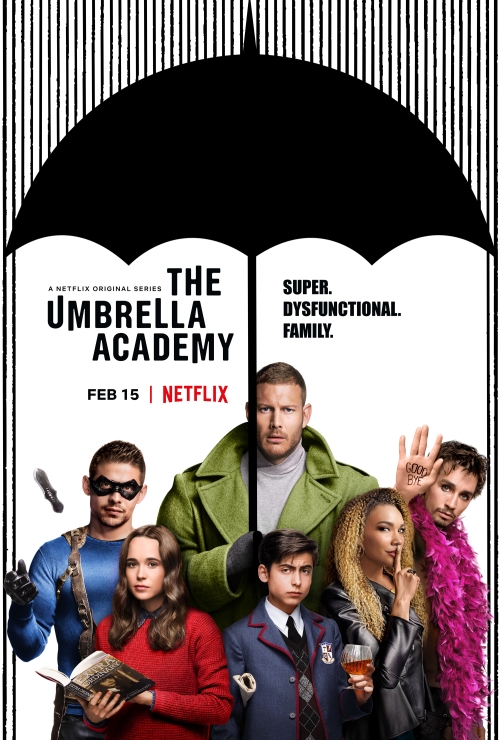 Okay, so I’ve been home for the last couple of days with a bad case of bronchitis and I curled up in front of the television and binged through Season 1 of THE UMBRELLA ACADEMY.

Let me give you folks a quick review of my thoughts on the series.

First of all – it REALLY helped a lot that I had already read the first graphic novel a couple of years ago. 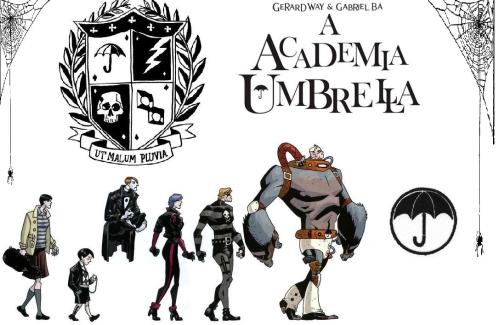 Let me start with the actors.

TOM HOPPER, as Luther Hargreeves or Number One or even Space Boy (the big dude with the shoulders) delivers a fine job of acting and I really liked what they did with his makeup. Luther is kind of the Superman of the series, a big strong dude who leads with his heart and is willing to make any sort of sacrifice in the name of the common good.

David Castañeda, plays Diego Hargreeves, known as Number Two or the Kraken . He is kind of the lone wolf Batman character who has a real talent for throwing knives.

Emmy Raver-Lampman plays Number Three or The Rumor – and I really wish they had shown us more of her super power. She has the ability to say something – like “I heard a rumor that you bad guys decided to drop your guns” and all of sudden those bad guys drop their guns. It’s mind control and I found it to be one of the more unique qualities of her character in the comic book. I’m sorry that they decided to downplay it.

Robert Sheehan plays Klaus Hargreeves or Number Four or Seance (in the comic book). He has got the super cool ability to see dead people – kind of like a reverse-Deadman in the comics. Sheehan is endlessly entertaining and of all the whole team I felt that he put on the best performance.

Aidan Gallagher plays Number Five, sometimes known as the boy. He has the ability to teleport through time AND space.

I wish that I liked Ellen Page. She is a maritime and I know that a lot of folks in Nova Scotia think highly of her work but I find that she always plays one single flat note – which is kind of ironic when you think that her character is supposed to be a concert violinist. She always looks tired and bored and slightly medicated – not just in this show but everything that I have seen her in. I just really don’t get her appeal as an actress. She only looks vaguely scary at the finale when they are CGI-ing the heck out of her. I also did not like that they decided to omit her wildly visual costume from the comic book.

That’s Jeff Lemire’s rendition of The White Violin.  Jeff is the artist/writer behind THE ESSEX COUNTY TRILOGY – and if you dig hockey you REALLY ought to hunt this trilogy up.

I enjoyed the whole concept of the series. The idea of a band of children being raised and trained to be superheroes echoes Doc Savage, the X-Men, Batman, and a few others that I just can’t think of.

Also, the use of music in this series truly rocked. I likewise enjoyed the opening credits which were a little different with every episode.

It ends on a bit of a cliffhanger, but I still enjoyed it an awful lot.