I’m not here this week, I am going to post to my blog and give a talk at the same time.  Sadly this is through the wonders of modern technology and not because I have a clone but there we go, you can’t win ’em all. So without more ado, here’s a piece outlining my theories about pimping your world to add realism to your writing. At the risk of sounding a bit waffly …

Real life can feel like an unwelcome and endlessly demanding interruption to your writing happiness.

However, it doesn’t have to be like this. The mundanity of your reality depends on how you see it. Even if you write science fiction or something that is very much not real life, observing what is going on around you can bring you huge dividends if you can put the right spin on it for…

Be Good, Be Ready, Be Lucky

I’ve managed to put twenty-five audiobooks out over the last year and I want to see ALL of my books out there eventually. Audiobooks are definitely a sound move for any indie author.

ACX author Joshua Gayou snagged all-star Audible Approved Producer R.C. Bray to narrate his debut novel, Commune: Book One, after he approached R.C. during a Reddit AMA (Ask Me Anything). But before that fateful question, Joshua set himself up for a ‘yes’, putting the right pieces in place to catch lightning in a bottle. Joshua joins us today to share the work that enabled his audiobook achievement. 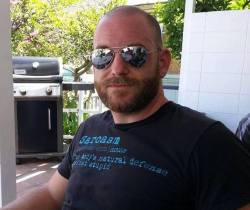 Working with Audie Award-winning voice artist R.C. Bray has resulted in the audio version of Commune: Book One outselling both the eBook and print formats of the title, sending it to the #1 position on Audible’s post-apocalyptic genre charts for several weeks. Not too shabby for a debut novel by a completely unheard-of author, no?

I have written at length on why I believe audiobooks are the new place to be in today’s market, but for this article…

Okay, so I already told you that I had a Jalapeno Beer Cheeseburger at Elle’s Bistro (1678 Barrington) last night – and it was awesome and I raved about it and you probably read it if you are reading this right one.

But let me tell you – that Jalapeno Beer Cheeseburger WAS the girl that I went home with, but it was NOT my first choice. I had decided early on that I wanted to hit the Auction House (1726 Argyle) for their honking big MAC STACK! 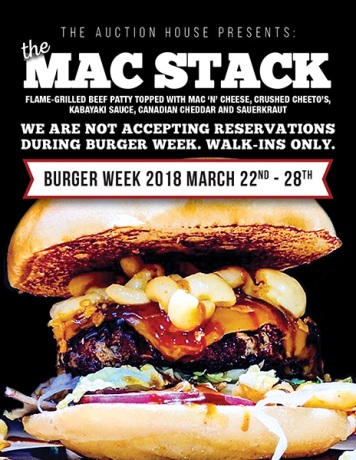 Well, let me tell it to you.

I got off work at 5pm yesterday and when I walked up to the Auction House, there was a huge herd of people plugged up in the entrance way. I mean there were so many people jammed into that entrance that the restaurant had to hire a pack of renegade cattle rustlers to wrangle that unruly mob into some sort of a semblance of order. 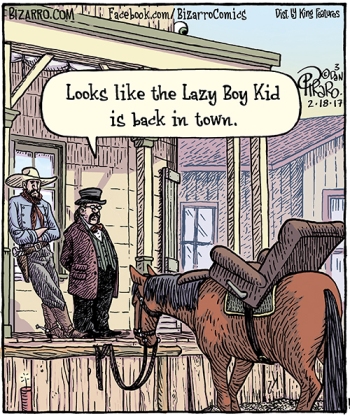 Today I got off work at 4pm and hustled down there to the Auction House and there was still a huge herd of people but I managed to wedge myself onto a bar stool in between about two dozen synchronized stool-monkeys.

And I sat and sipped on a Coors Light.

What can I tell you? I had worked a seven day work week and I was ready for a beer. A cheap one, mind you – but a beer, nonetheless.

The burger was brought over.

Now let me tell you about the Mac Stack. It is a flame-grilled beef patty topped with a heap of mac and cheese, crushed Cheetos, kabayaki sauce, Canadian Cheddar and sauerkraut.

Give me a minute, would you, while I go and Google kabayaki…

(Does that sound dirty, or is that just my imagination?)

“Kabayaki is a preparation of fish, especially unagi eel, where the fish is split down the back, gutted and boned, butterflied, cut into square fillets, skewered, and dipped in a sweet soy sauce-based sauce before being broiled on a grill.” – Wikipedia

All right – you just sit there and ruminate the infallible wonders of Wikipedia, while I hold forth upon the orgasm-on-a-plate that we mortals refer to as Mac and Cheese.

Real Mac and Cheese is a wonderful thing. You want to cook it just right – so that you can hear the wind whispering simultaneously over a thousand acres of honest-to-noodles durum wheat along with a whole entire herd full of harmoniously huddled Holsteins. You know that you have got the real stuff when you bite into a mouthful and it sings you a lullabye of happy stomach noises intermingled with the curdling sound of cholesterol-clogged major league arteries.

Can you tell that I am getting excited?

Well, that burger was everything that I had dreamed it would be. In fact, I am sitting here typing this review out and wishing that I had grabbed a second burger. It was that good. So as you make your way across those heavenly seven days that we mere mortals refer to as BURGER WEEK, be sure to stop in at The Auction House and grab yourself a Mac Stack. Just leave yourself some time to allow for the masses of burger-hungry citizens who are likewise pilgrimigrating towards Burger Nirvana.

Halifax Burger Week 2018: The (unofficial) when, what, why and who guide

Originally posted on Airmail Adventures:
Any one who knows me even in the slightest will know I am a burger lover. Wherever we have been on our travels I am always keen to try new burgers. All over the States…

Posted on March 23, 2018 | 3 comments
Halifax Burger Week is a city-wide burger eating celebration and fundraiser for Feed Nova Scotia. A record 125 restaurants have created unique burger specials for the 2018 week-long event. Burgers either have a set price of $6, or a higher price with the restaurant making a donation to Feed Nova Scotia for every burger sold.
Okay – so I just had my FIRST Burger Week Burger at Elle’s Bistro. A Jalapeño Beer Cheeseburger! Stout marinated local organic grass fed beef, fresh jalapeños, Schoolhouse Brewery stout candied bacon, Nine Locks Brewing Company IPA cheese sauce, topped with a beefeater onion ring.
This is NOT a burger for feeble palates. The jalapeño kicks mucho ass, like a rabid mariachi band. Still, for spice-lovers such as myself, this is a great way to start Burger Week. The snow melted around my very footsteps as I walked down the sidewalk, picking cheese out of my beard.
Oh yeah. This burger DEFINITELY deserves a Public Service Announcement. Men with beards DEFINITELY want to ask for an extra napkin.
I give it a solid rating of five flaming sombreros and a holy-freaking-ole! Grab one during Burger Week. The capsaicin in the jalapeño is great for lifting you out of your late-March blues and will also help ease any arthritic aches and pains as well as lowering your cholesterol and doing that cartoon steam-out-of-your-ears trick that only a few of us mortals can successfully accomplish!
Now, I am on a serious budget and I don’t know if I am going to have the opportunity to try a burger EVERYDAY this week – but I sure am going to try!

Yours In Storytelling,
Steve Vernon

I just completed my ninth novel, the first volume in the Adventures of Jonathan Lambshead series, working title “I am Squishy” (that will change, I’m sure). I’m also working on the tenth novel of my career, Hummingbird Salamander. This doesn’t include a number of unfinished or crappy novels written in my teens—or hundreds of short stories.

If nothing else, being a novelist for decades gives you some hopefully useful ideas about process. I’m loathe to ever suggest that there is only one way to do something—it’s different for every writer. But I do think that examining someone else’s process can be of use for your own, even if it’s just to reject everything another writer does!

So, with that caveat, here’s what I’ve learned over time. If some of it seems basic, that’s important, too. Because at the end of the day, there is no magic solution, no short-cut, to…