Audiobook Advice from Hall of Fame Narrators—Part One

On Sunday, as part of their 20th anniversary celebration, Audible announced the inaugural inductees of the Narrator Hall of Fame. The 20 members of this founding group were chosen by a panel of passionate listeners at Audible who spent many, many hours deliberating the merits of hundreds of talented performers based on the caliber of their work, the breadth of catalog, and listener feedback.

Among the honorees? Four ACX Producers! This week, they are sharing their reflections on the honor, and their advice to future inductees. Today, we kick things off with ACX University alumna Andi Arndt. 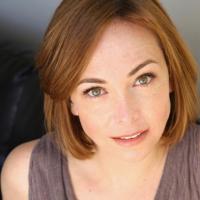 When I got the call informing me that I had been voted into the inaugural “class” of the Audible Narrator Hall of Fame, I was in shock. I have only worked in audiobooks for the latter half of Audible’s 20 years. My fellow inductees have been…