Reviews – how NOT to get them!

Recently someone posted on one of the private Facebook writing groups that I belong to that we – (the group) – ought to band together and start swapping reviews back and forth amongst each other for a small ten dollar charge.

I called bullshit on this idea, big time.

I don’t pay for reviews, either.

Let’s say just for example I give $10 to Joe Blow and he says – “Yes, I will read your book and write a review”. Odds are he will take the ten bucks, skim through the book – MAYBE – and post up some minimalist say-nothing barebones review with zero sale potential.

Because sooner or later Joe Blow is going to fall behind on his reading or he will want more than a single ten dollar book review a day. Sooner or later he is going to say – “Hey, I can make a business out of this.” and then he is REALLY going to have to force himself to step up the speed of the delivery system. Read faster. Skim through the books. Just force the page count through. Two reviews a day. Hell, why not three reviews a day? Thirty bucks a day, hell, that’s good money. Wait a minute – what if I write five reviews a day? In the end it’s ten bucks thrown out the window and doesn’t have any more effect than a billion tweets of this particular image! 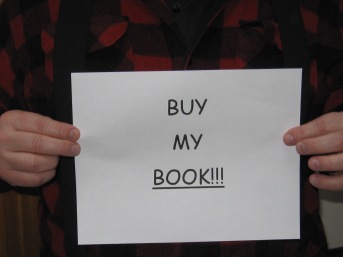 What’s the point? I’d rather save that ten bucks for a BookBub promotion. Reviews are simply NOT that important a sales mechanism. Sure, it’d be nice to have 100+ reviews – but I get a new review every couple of weeks or so – FOR FREE! I say “Yes” to some crazy paid-for review trade and all of a sudden I’m involved in an agreement that is way against the Amazon Terms of Service.

Besides that – it just plain wouldn’t work.

Even if I’m honest and say “Yes, I will read and review each book I receive ten bucks for!” then what do I get out of it? I’ll tell you what I lose out of it. TIME! Time I could be using to write my next novel – which is something I’ve got in damn short supply. But hey, I took your ten bucks – then I’m agreeing to read the whole thing – that takes time – and come up with a good review – and that takes time. I pay ten bucks, I lose money – it’s not worth it. I take ten bucks and I lose time – and it’s STILL not worth it.

I don’t pay for reviews and I do NOT swap reviews either.

It’s just a bad idea all the way around.

If you enjoyed this blog article why don’t you grab a free copy of KELPIE CHRISTMAS. It is a short, fast, fun read – and yes, it could REALLY use a few more reviews. 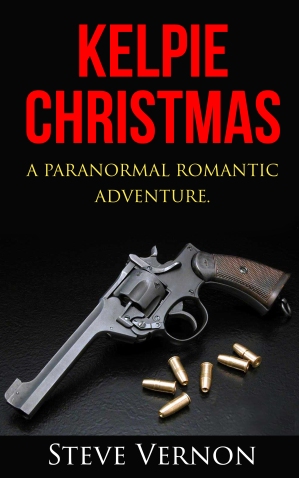 It’s free a couple of other places as well, but if I keep this up I’m going to develop a case of carpal tunnel syndrome!

6 responses to “Reviews – how NOT to get them!”