My Adventure with Kindle Scout

Purple Kitty is more off than on the hot & trending list, but remains on the first two to three pages of Mystery, Thriller & Suspense category. I feel very good about that. Out of 96 hours, it’s been on the “hot” list for 18 hours. I work hard to keep it there, but what can I say? More books are added to KS each day. Readers can only nominate three books.

I have got the day off from work today. I had a little leave time left at work and I took it to give me time to tell some stories at an event going on tonight here in Halifax. The local homeless housing society contacted me a while ago and asked me to come and tell a few stories at an event being put on at their largest apartment complex that they set up to give housing for families who find themselves out of doors.

This is a special event to me – although I have not let on to the organizers just how personally special it really is. You see, about twenty-five years ago, shortly following a divorce, I decided that I needed to do something different to shake up my existence. I was too broke to buy myself a sports car and besides, I did not know how to drive. I was also just a little too old AND too broke to attract too many young shapely cheerleaders. No sir, that just wasn’t happening either. So I decided to go on the road and I took a job planting trees out in British Columbia – maybe 3000 miles away from Nova Scotia. I had talked to quite a few folks who had made an awful lot of money planting trees and I figured that if I get myself out there I was going home with a backpack full of money. So I got in behind of my thumb and poked it out into the wind and hitchhiked across country to work for about a month in the British Columbia high north, up in the Rockies. The only fly in my ointment was that I totally sucked as a tree planter. I mean Johnny Appleseed looked down from storyteller heaven and said something along the lines of “My golly, but you sure stink, buddy.”

So I gave it up as a bad idea. I dropped my gear right in the middle of the planting grounds and called my foreman several names that I cannot print out loud without resorting to such colorful punctuation as #&@%!!!

You have to understand that I was a little steamed at the time.

You stand on the side of a Rocky Mountain in the middle of a clear cut that looks kind of like a post-apocalyptic nightmare, without a lick of shade and about two hundred degrees of sunshine mixed with thin mountain air and about 150 pounds of tree seedlings and a shovel hanging off of you and just see how even-tempered you would tend to be.

Let’s put this whole thing into a financial perspective.

No word of a lie.

I got back to Halifax and I had nowhere to stay. I had been sharing a house with a half a dozen university students but the lease had slid and the house was being renovated and the only fellow left to keep an eye on the house was a very privileged fellow – and the only tenant in the house whom I hadn’t been able to really get along with. He and I never fought, you understand – but we never did really ever learn how to tolerate each other. Just the same, I had a few months left to the lease – even though I wasn’t paying anything on account of the house was being renovated.

So I took a chance and I pitched my tent in the backyard. I stayed there the whole summer and I worked every day at every single stinking little casual job I could find. The local Salvation Army had a work hall where I would go and odds are receive a ticket to go and work as a casual laborer. I chopped wood and broke ice and painted houses and raked leaves and moved furniture and cleaned a church and did whatever rotten stinking job the work hall boss handed me. At the same time I had my name in at three different employment agencies and found occasional work through them. I also checked the job boards at the university that I had been attending previously.

Every day I came home fully expecting to find my tent and sleeping gone, but thankfully that never happened. Nobody stole it and the young fellow minding the house either grew a heart or just lacked enough of a backbone to try and antagonize me by trying to rid me of my only belongings. It did not help that I had discovered an unlocked swing window in the basement and I swung in every morning to shower and use the toilet. I usually got out before he woke up but a few times he caught me and he always asked me “I don’t suppose you’d tell me how you are getting in here.” but I just let him wonder. If he didn’t want to get up early enough to see how I was doing it, I was not going to enlighten him.

Understand that I am not bragging here. I hated the fact that I had to resort to such tactics but I had to keep myself clean enough for certain jobs.

Well, by September I had managed to scrimp enough to rent a two room bachelorette (that’s what the rental agreement called it) in a local rooming house that was known as “The Bucket of Blood”. I’m not kidding about that nickname. It seems that a tenant was killed there many years ago and the nickname had stuck. There was a shared kitchen and a shared bathroom and I had a living room and a bedroom and my own refrigerator and that was enough to keep me off of the street.

It had been a near-run thing.

If my tent had gone missing or if I had come down with a cold or a flu or if I hadn’t been able to make enough money to pay the deposit to rent the room I might just as easily have fallen through the cracks. I was as close to being a bum as I ever wanted to be. I learned a heck of a lot from that experience but I still remember how close I had come. I remember walking the streets of Halifax on the weekends with a hockey bag over my shoulder picking up enough bottles to give me just enough money to put a jug of milk and a loaf of bread and a couple of tins of beans and a package of wieners in my fridge. I can still see the sight of “normal folks” stepping across to the other side of the street to avoid me coming with that big old hockey bag full of empty beer and pop bottles.

All I needed was a leper’s bell. 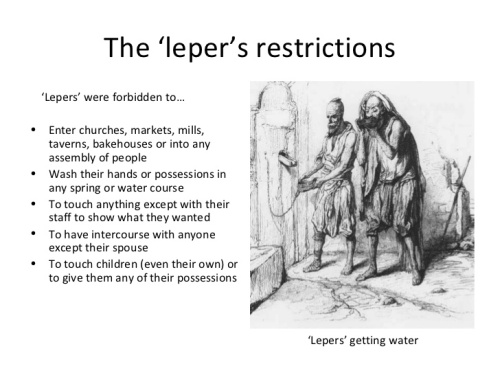 We are all that close to the edge. A missed paycheck or two can shove any of us over. I was lucky enough to not fall too far but by golly it was a near run thing – so I am happy to get this opportunity to meet some folks who have walked that road and are just stepping up from it.

I grew an awful lot of stories from all of that experience that year. I met an awful lot of really interesting people at all levels of life. I talked with truckers and bums and madmen and dreamers alike. These folks have all found their way over the years into my books and my poetry. I learned how not to give up and how to keep on trying and I learned a work ethic that has never let me down since then.

I also learned that I suck as a tree planter.
🙂