For those folks who have been following my blog for a while, you might remember that I had a HUGE October promotion for two of my books – TATTERDEMON and DEVIL TREE.

Well sir, I have to say that all in all my promotion was a good short-term success. For starters it sold an awful lot of copies of both books and it has left me with a fine long “tail”.

A tail is kind of like the splash that a rock makes after you throw into the nearest pond. Basically what a promotional tail is – is the effect on future sales that a short term promotion has.

And THAT is a big first for me. Two triple digit sales months in a row is definitely a bit of a personal record. The last two years I have mostly been in the double digits, barring a couple or three out-of-the-average months.

Now, as I reach the back end of November my sales have begun to slow down. I am coming to the end of my “tail”. So it is in my best interests to throw another rock into the pond and see what sort of splash I can make on my upcoming December sales figures.

Fortunately, some thoughtful marketer invented Black Friday some time ago.

Now – Amazon has been getting on the Black Friday band wagon for a while now. Some folks are upset about the notion of Amazon saying “Hey, you can do all of your Black Friday shopping from your living room couch” – but the older I get the more I hate shopping malls – so I am NOT necessarily against this whole concept. It isn’t like Amazon INVENTED online shopping, is it?

And even Canada has jumped onto the whole Black Friday concept – and why not? We’ve already got over our October turkey comas and we are still riding high on a sugar-buzz of leftover Halloween candy. 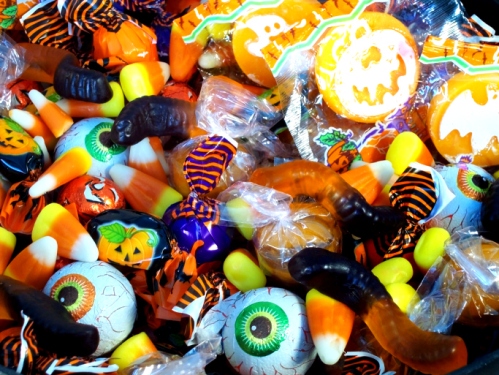 Admit it – how many of you out there have JUST developed a sudden craving for candy corn?

So I have been taking a VERY close look at the Black Friday – Cyber Monday weekend of November 27-30th.

Here’s what I have been up to.

First off – I have signed on for the Master Koda Black Friday Cyber Monday Facebook Party.

This is a group effort put together by about four dozen authors – who are each chucking their own particular sized promo-boulder into the great collective pond.

In addition I have set up several HeadTalkers and one Thunderclap each of them advertising several of my e-book bargains including several 99 cent e-books and a couple of freebies.

I have also signed up for promotions at ebookstage  and My Book Cave – both of which cost me absolutely nothing – because both of these promo-sites are just getting started.

I have also spent two five dollar bills on a Fiverr promo with bknights and Bookkitty – both of whom have performed well for me over the last year or so.

So WHICH e-books am I promoting?

I am glad you asked.

My Halifax-based time travelling toilet extravaganza A BLURT IN TIME is available for only 99 cents all November long. I have set up a HeadTalker campaign as well as using the bknights and the bookkitty and the My Book Cave listing to help promote this one – as well as talking about it during the Master Koda weekend.

My hockey-vampire novella, SUDDEN DEATH OVERTIME is likewise available all November long for ONLY 99 cents. I have set up a Thunderclap campaign to help promote this one.

My mermaid short story, HARRY’S MERMAID  is going to be available for FREE from November 27th to November 30th. I have set up a HeadTalker campaign and an ebookstage listing to help promote this one.

And – as a reward for reading all the way down to the bottom of this blog entry, my story collection TALES FROM THE TANGLED WOODS is free today and tomorrow on Kindle.

Click the cover and it will take you directly to the Amazon.com listing. 🙂

Yes sir and yes ma’m – I am throwing one big old multi-faceted promo-rock into the pond of Black Friday. It isn’t too late to set up your own promotion as well. You’ll find some VALUABLE tips in Penny Sansevieri’s ULTIMATE HOLIDAY PROMOTION.