Don’t Judge These Books by Their Covers

I am pretty sure I see STUART LITTLE here. 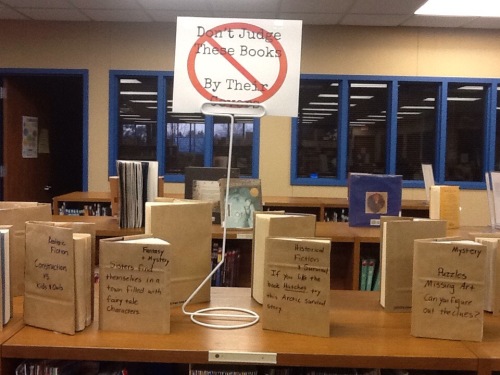 To coincide with Read Across America next week, my library is finally launching its take on blind book dating with Don’t Judge These Books by Their Covers. Two of our library volunteers paper bag covered the books the library assistant and I set aside. Today we created summaries and hooks for these books. Hoping these create some buzz next week.

Can you guess which titles are included in the pictures below? 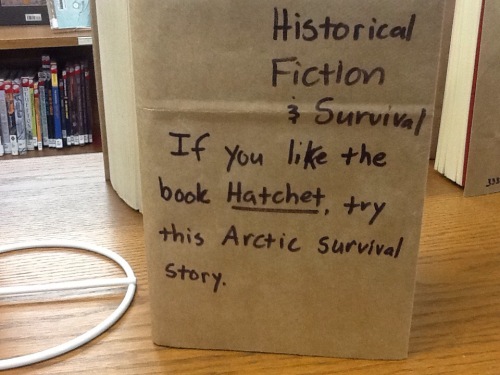 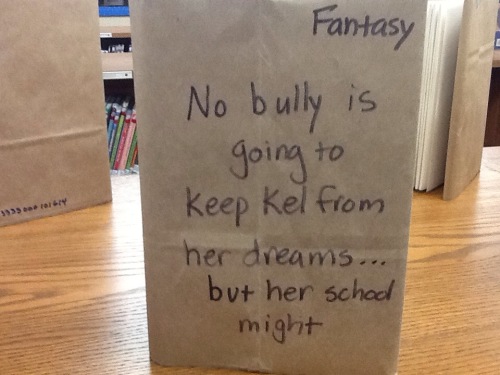 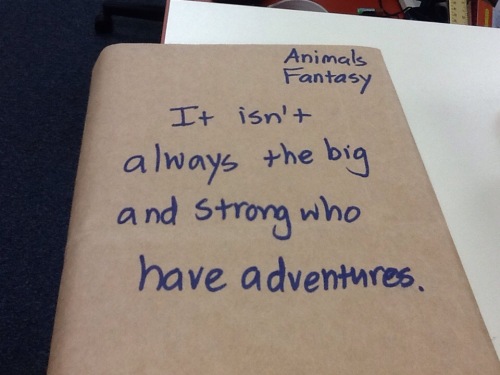 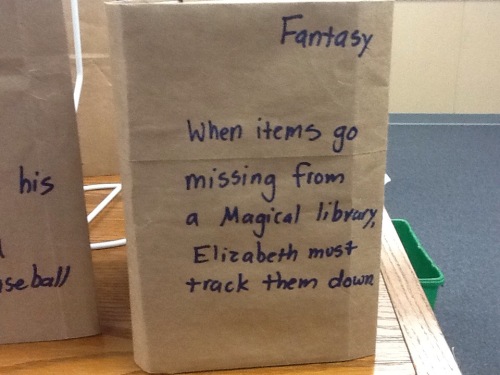 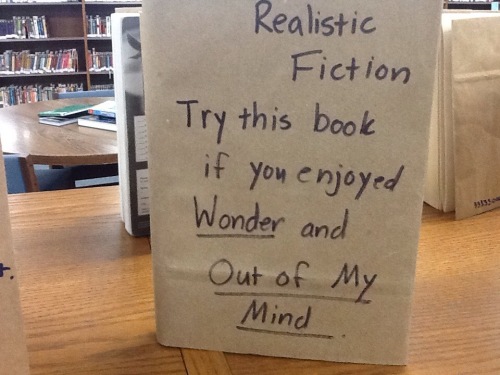 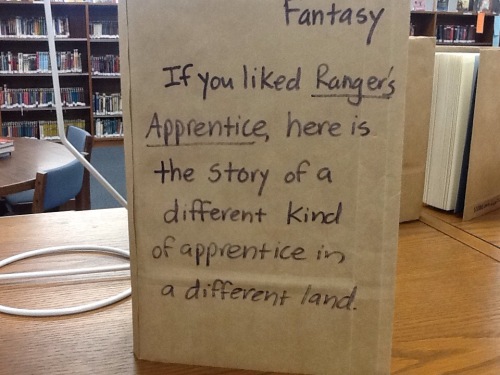 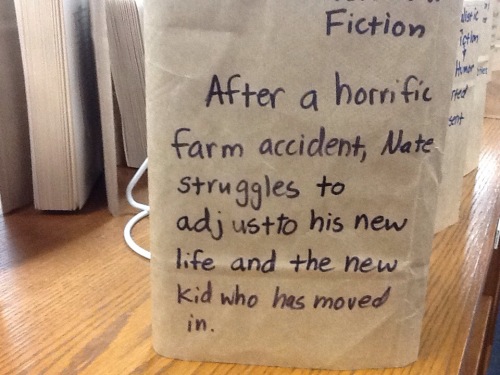 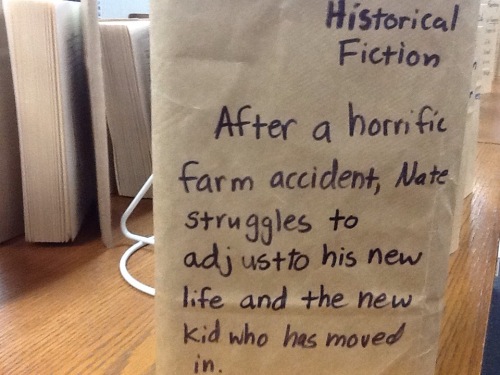 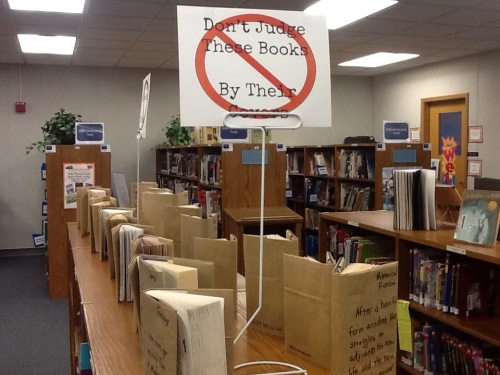 Any Sherlock Holmes fans out there?

Last week I went to ITV to watch a screening of Arthur & George – the network’s three-part adaptation of Julian Barnes’s best-selling novel. I haven’t read the book, but I was aware of the premise – in the wake of his wife’s death, Sherlock creator Arthur Conan Doyle takes on a case of his own, that of a young Indian/British man who’s out to clear his name after he was, he contends, wrongfully imprisoned for a spate of horse slayings in an Edwardian-era Black Country village. With obvious Sherlock connections, it’s sure to be a primetime hit. But what was it like?

To Shovel, Or Not To Shovel…

To Shovel, Or Not To Shovel….

Top 3 Weirdest Tanks of all time

Okay – so I absolutely LOVE tanks!

Starting Out as an Indie Author: Where to promote permafree books

A great article for all of you writer-types. 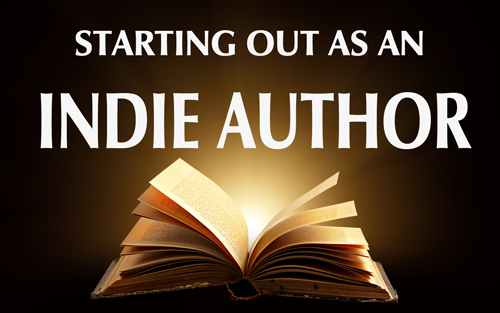 I’ve talked before about how permafree can be used as a marketing strategy for ebooks. Permafree is indie author shorthand for permanently free. Many sales venues allow you to set the price of your book to free; others do not, most notably Amazon. But it is still possible to make a book free there, either through price-matching, or by writing Amazon directly, listing the other sites where your book is free, and pointing out the promotional advantage of having the book free. As an example, here is the email I sent which finally resulted in Yseult: Two Women going free:

I’ve been trying for some time to get my ebook “Yseult, Part I: Two Women” price-matched using the link “tell us about a lower price,” but until now I’ve had no luck, which is why I am contacting you directly. The ebook is free on Barnes & Noble…

Is Nova Scotia in danger of extinction?

Okay…so we have had a LOT of snow fall on us this weekend here in Nova Scotia.

I watched that clip and I thought to myself – “Yes, that’s me, a frozen woolly mammoth.” 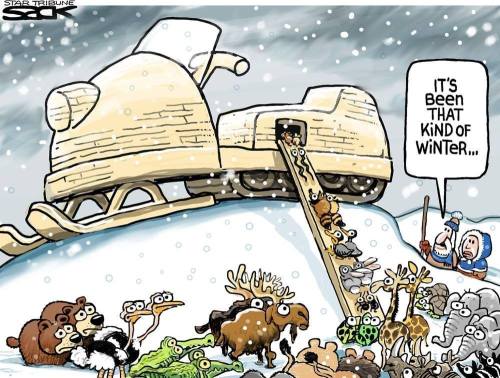 The whole concept of Nova Scotia becoming extinct beneath the numbing blanket of winter doesn’t seem all that hard to believe to me. Why not? I’ve had walking pneumonia for the last couple of weeks. Yesterday, after the snow stopped falling I went out to shovel the sidewalk.

It had to be done.

I started at one end of the sidewalk. It was slushy and I pushed it off of our wooden deck easily enough. However – fifteen minutes later – by the time I reached the end of the sidewalk the temperature had plummeted so much that the slush had frozen solid.

I went back inside and lay on the couch and slept for about an hour, I was that tired. I am beginning to see the wisdom of these Nova Scotia snowbirds who head south every winter and find themselves a condo in Florida.

But that’s not all.

What about those Nova Scotians who work out west in the oil fields. I know of MANY folk who leave their family home and fly to Alberta and work for several months at a time before flying back home for a couple of weeks off.

Not to mention the young folk who graduate university and fly to Toronto or Texas or Vancouver to buy a home and settle down.

Only time will tell.

Perhaps it is the heavy duty antibiotics talking, but I started thinking about the extinction of Nova Scotia after I watched this 60 Minutes news special on the possible extinction of Italy – or at the very least many small Italian towns.

Watch it – it’s only thirteen minutes long – funny AND thoughtful.

(and thanks to the blog MARGIE IN ITALY for writing about this phenomenon in the first place!)

Watching that clip got me to thinking about this whole “Mamoni” phenomenon.

It really isn’t all that uncommon.

Think about all of the Nova Scotians who have moved back in with their family due to economic reasons. Or who have to move back home to take care of ailing parents. I know of many families in Nova Scotia and Newfoundland where two or three thirty to forty year old family members who have moved back in with their mothers and fathers for one reason or another.

It isn’t as uncommon as you might think it is.

If you enjoyed this blog entry why don’t you do one of the very best things that you can do for an indie writer and pick up one of my e-books?

I have read several of Judy Blume’s books. The lady knows how to hit the mark. If you haven’t read anything by her, why not pick up one of her books today? 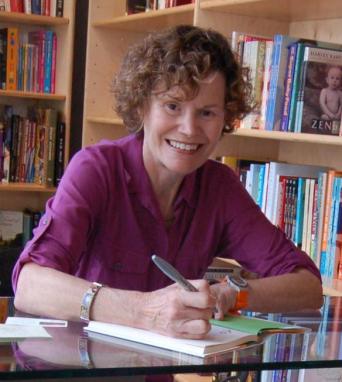 If you are a female human over the age of twelve, and you’ve never read Judy Blume’s Are You There God? It’s Me, Margaret, then you must look outside right now and see if in fact you are living under a rock.

When I was a kid, I loved the school days when we got those magazines (which were more like four page flyers) where we could select books to purchase.  (Weren’t those Weekly Readers or Scholastic Magazines?)  I also loved when the public library’s bookmobile would come to school or when school would have a book fair.  Okay, the truth is, because I went to Christian school, a lot of what we got to read was censored and had to be on “an approved Christian reading list,” so I missed out on a lot of my friends’ favorites such as Are You There God? It’s Me, Margaret. …

Man, I have got to do SOMETHING to get back into shape.

Only problem is, I hear the word “yoga” and I start to think “yogi” and before too long I am looking for a picnic basket.

All kidding aside, yoga offers a good all around work-out – especially for us old farts.

You Must Remember This…

For starters let me warn you that I am writing this blog entry under the influence of high-strength antibiotics. I have been suffering from what I thought was a lousy cold and it turned out to be a lousy case of walking pneumonia. Which means my entire right lung is full of something that resembles the lint you find in the bottom of the pocket of a man who  has been drowned at sea for about fourteen days or so.

So enough about me.

It is a day for romance – and I know an awful lot about romance.

For one thing – I have read The Bridges of Madison County several times. I know it is schmaltzy. So what? It so happens I actually LIKE goose grease!

I’ve watched numerous performances of Romeo and Juliet and I have watched John Wayne romantically slug Victor McLaglen halfway across Ireland for the sake of the beautiful Maureen O’Hara.

And I still get choked up when I watch Niles Frasier spend many seasons holding out his heart for Daphne.

My God, I still get choked up thinking about the two of them and how very long it took for them to get together.

Yup, I have to confess I am a die hard old school romantic. I believe in true love and I have absolutely no idea why I have never written a romance novel – yet.

Why don’t you pick up a FREE Kindle copy of my weird west collection for Valentine’s Day today? I guarantee you that my story “North of Bigfoot, Bound for Memphis” is going to make you go “awwww” by the very end of it.

Available on Amazon.com for FREE!

Available on Amazon.co.uk for FREE!

Available on Amazon.ca for FREE!

11 Tips for Promoting your Book

Selling your e-books is a lot more than just bouncing around on Facebook yelling “BUY MY BOOK!”

An essential to-do-list for independent authors

There’s more to self publishing than just writing the book. Promotion is almost as important as putting pen to paper, but many authors don’t know where to start. Luckily there are a few relatively simple tricks you can employ to give your book a better shot at commercial success.

If you try to flog your book too cheap, readers will assume that it isn’t very good. Set the price too high and they won’t be willing to take a punt on you, an unknown author. According to Kobo’s Mark Lefebvre (here) , $0.99 for an ebook is so low that readers can’t resist, $2.99 tends to perform even better, but $1.99 is an awkward middle ground; it is cheap enough to suggest a lack of professionalism, but not cheap enough to convince readers to…