Jigging for Cod – and other writing practices…

All right, so I have been trying to figure out the best way to advance my writing career over the coming year and I’d like to spend a few minutes here on the blog letting you folks know just what I am up to.

Right off the bat I will tell you that 2015 is going to be my year of words. I want to get more e-books out there – and I also want to get another traditionally-published book out there as well.

Well, for starters it is because I am still primarily a HYBRID WRITER, not just an INDIE WRITER. Which means that I also write for a traditional publisher as well as just writing for indie publishers.  Only problem is, my last traditional release was MARITIME MURDER – which was released back in 2012 from my local publisher, Nimbus Publishing. 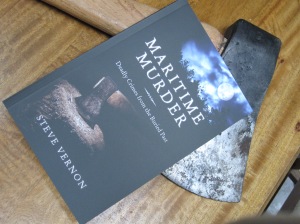 That was about two years and too long ago and in all honesty I have been working on a new Nimbus project for sometime now. I have bounced two or three YA novels that did not quite fit with my publisher’s needs – but over the last month I have begun work on a new project that I believe – (so far) – will really fit in the Nimbus stable.

In the meantime I have been working away on building my indie-writer career. Things have been progressing slowly but steadily. When I first got into writing for the indie market I was averaging about twenty to thirty dollars a month income – which isn’t really much at all.

These last couple of months I have been averaging about two hundred dollars a month income from my indie releases. That is still not much as far as indie writers go. I know a lot of folks who are making one or two or three thousand dollars a month at this racket – but that is not me.

Every month I sell a few more copies and every month I make a few more dollars and no one ever said that this going to be an easy way to make a living.

In 2015 I have decided to back off a little bit on the promoting side of the business and try and work on just getting a few more books out there.

Currently I have independently published THIRTY-NINE e-books through Kobo and a similar amount through Kindle. I intend to release my 40th Kobo independent release later this coming week.

So, as I have mentioned before, I am going to be concentrating on making 2015 a year of full-tilt production.

I have already written about this in an earlier blog entry – ACHIEVING PULP SPEED.

As a result I am going to be spending a little less time on Twitter, Facebook, the blog and similar pastimes. I want to concentrate more this year on actual writing.

HOWEVER – I do not intend to leave my loyal blog-followers hanging high and dry. That is why I have begun to step up my reblogging, sharing important and/or interesting articles that I come across in the run of the day.

Today I would like to share with you folks some of the good words that I have come across over my morning coffee.

Please check out this article on creating MULTIPLE STREAMS OF INCOME from well-known blogger and author Joanna F. Penn. Here Joanna talks about how she has managed to create multiple streams of income out of her talent – which is exactly why I try to mix and match my Kobo, my Kindle and my traditionally-published work.

NONE of these streams of income are full-time pay – not even my day job. But when you look at them together they add up nicely. That sort of diversity is KEY for any of you writer-types out there. You get a little bit of money coming from a few more directions and all those little bits are going to start combining to create a powerful stream or income.

This is one of the reasons that I have backed right out of the Kindle Unlimited program. I was pleased with the initial pay-outs – but over the last few months the KU pay-outs have continually decreased and I have decided that it is not worth giving up my full range of marketing opportunities. To fall back on a cliche I did NOT want to place all of my eggs in one single basket – that is Kindle Select and Kindle Unlimited.

The fact is, I still make most of my indie money from Kobo – considered the back-runner in the indie publishing field.

I like to think about it like an old-time fisherman, jigging for cod. A fellow who wanted to catch a lot of fish would have more than one line hanging out of his dory. He’d pull up one fish, rebait and drop the line back in and then turn around to the other side of the dory and pull another codfish in from his other line.

May the wind run with you, the fish run for you and trouble in the other direction!

If you enjoyed this blog entry why don’t you do one of the very best things that you can do for a writer and pick up one of my e-books?

If you like the book then you get to do one of the second-best things that you can do for a writer and review it on Goodreads or Kobo or Kindle or even on your own blog.