Does ANYONE out there remember having to turn the channel on your television with a pair of vice grips?

All right – so this ISN’T a television set, but you get the picture, don’t you?

I remember watching a television set that wasn’t much bigger than my computer screen. Yes sir, we had ourselves a teeny-tiny black and white Motorola television set that I could watch after midnight using an earplug so as not to wake anyone and a pair of vise-grips to turn the channel.

I also remember being our grandparents remote control.

So I would get up and walk over to the television and change the channel.

When I got older I bought my own television set which was a fourteen inch black and white Motorola. The channel changer promptly broke and I wound up using a nut driver to change the channel.

Who says that an old dog can’t learn new tricks?

The nut driver fit snuggly over the shaft of the channel changer and so I could reach out across the kitchen table and wrap my manly mitt around the handle of the nut driver and change the channel with ease.

I bought the nut driver at a local Canadian Tire store for those folks who want to know.

Each of these were old school solutions to a new school problem and I take a certain pride in my adaptability in the same way that the wonderfully crafty Red Green takes pride in coming up with new uses for duct tape. 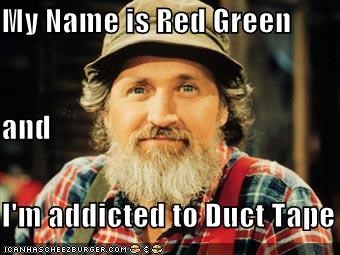 Only today I have got another problem.

Only problem is last night the remote died.

“Oh golly,” I said to myself. “How will I television?”

I looked for the channel changer.

We did not have a channel changer.

We did not even an ON button.

It was ALL on the freaking remote.

So here I sit with a 48 inch glass panel hanging on my wall and nothing to watch on it. That’s a real hardship for a fellow who loves to watch people blow shit up. I was a third of the way through a DVR’ed copy of LAWRENCE OF ARABIA – in which Peter O’Toole artistically blows shit up – which meant that I had to hold my pinky extended while I worked the remote.

And so I blame Peter O’Toole.

You read it here first.

I also want to write a short obituary for a local bar.

I have spent a lot of time and drank a lot of beer at this little tavern. It used to be a really fun place to go and their club house sandwiches were truly legendary and I got the best liver and onion platter on the planet there.

I even proposed to my wife there on the dance floor at a New Years event right after the band played Auld Lang Syne. I was wearing a red plaid tuxedo – (I swear) – and I dropped down on one knee and she ran off crying.

Left me sitting over a beer wondering if it was YES or NO for almost an half an hour while she first cried and then told our story to a half a thousand women crowded into the Red Fox ladies room.

Hey, I’ve drunk many a beer in a tavern and I can tell you that the ladies room is some sort of a weird alternate dimension where women go to keep us fellows on our toes and wondering.

Well now this bar has gone.

It had died a while ago for me. The menu had changed way too many times and the old staff was gone and it had become a karaoke bar rather than the country and western joint I had loved to go to.

But I am going to raise a beer to the Red Fox tonight.

Won’t you join me?

Lastly, I gave up on Person of Interest last night. I sat down to watch it and they started out with a good setup and then they fell into a conspiracy of the week with TWO secret organizations and TWO secret computers and everybody cloak and daggering all over the place.

They were a unit in the first couple of seasons. Reese and Finch – like Burgess Meredith and Hugh O’Brian in SEARCH.

(anyone else remember that series?)

Now it has degenerated into a non-stop blab-a-thon with ominous mentions of mysterious organizations and gods dueling gods – (metaphorical battle of the super computers) – and every ounce of human mayhem drained out of the series.

Some folks still like it, I expect – but I hereby officially give up on this series.

Doesn’t he look all broken up about how badly his writing went and disappointed me? I’m pretty sure I can see a tear glinting in those steely blue eyes of his.

The second volume in the Uncle Bob series is NOW available in Kindle format.

Click on the cover and order a copy, if you please. 🙂