I wish it was a movie…

Now, there are two books that I have written that I really hope some day will be made into a movie. I don’t have ANY illusions of this Goodreads list making that magic happen – but it is quietly and nerdily cool to just to think about it.

I have always felt that SINKING DEEPER would make a wonderful true Canadian movie. It has CBC written all over it – back when CBC used to have money-to-burn. Heck, we could even have a guest-appearance by David Suzuki for his near-assassination scene. 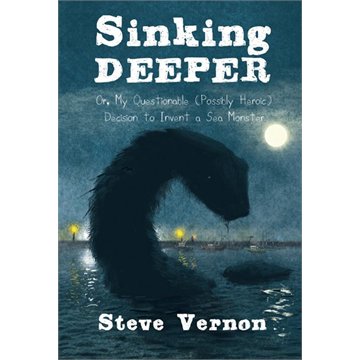 As for SUDDEN DEATH OVERTIME – well, that of all of my books would make the best darned horror movie you could imagine – something along the lines of FROM DUSK UNTIL DAWN or FRIGHT NIGHT or 30 DAYS OF NIGHT or REANIMATOR.

I also voted for Tim Curran’s HIVE and Robert McCammon’s STINGER – both of which would make terrific creature-feature style movies.

What’s your favorite cheap and cheesy monster movie? I’d love to hear you talk about it.

Why should I bother with anything else than Kindle???

Okay – so I’ve been doing really well at Kobo – but Kindle hasn’t done much for me.

I could ignore that or I could do something about it.

I intend to do something about it.

Still – that brings me to a question that some folks are looking for an answer to.

Right now Kindle is the big dog on the block.

A lot of folks believe that because that dog is so darned big they might as well not bother with ANYTHING else.

Go Select – they tell you.

Be a Kindle man.

Well, I see it differently.

The way I see it, there is one single undeniable constant in this indie-publishing thing of ours.

The undeniable constant is CHANGE!

I don’t want to get stuck depending on ANY one e-book distributor.

Think of it this way. You sell five books on Kobo (or Nook, or Diesel, or Apple, or that note you scribbled on the men’s washroom) this month – you’ll tell yourself “Hmmph, Kobo isn’t worth it.”

On the twelfth month the FLYING FRYPAN OF FATE tips a domino and all at once you sell one hundred books on Kobo in ONE MONTH!

Speaking of my next promotion – I’ve got something worked up with Kboards for Monday. My book, SUDDEN DEATH OVERTIME, is due to appear as a part of Kboards BOOK DISCOVERY promotion.

That means that 65000 Kindle owners are going to have a chance to take a look at SUDDEN DEATH OVERTIME.

It’s another experiment. If it makes a bump I intend to follow it up with another promotion – and then I’ve got a third promotion planned for the middle of the month as a part of my birthday celebrations.

I’ll post the links here on Monday and I’ll ask you all to put the word out on Twitter, Facebook, Pintarest – whatever you do – that would be GREAT.

I’ll let you know how it all turns out.