Why Do Novels Have Chapters?

Novels have chapters for the exact same reason that potato chips were invented.

As human beings we face an awful lot of stimulation. Existence will throw typhoons and bankruptcy and plague and global warming – without even pausing to wipe the sweat from it’s all-seeing eye.

Catastrophe will rain down upon you with the intensity of a jackhammer game of whack-a-mole.

Chapters – like potato chips – help us break down something wonderful – into comfortable bite-sized pieces.

Leo Tolstoy – (known as Leo the Lion to all of his peeps) – sat down one morning and decided to write the entire Napoleonic invasion of Russia detailing the impact of Bonaparte’s era on Tsarist society. Only problem was – the man was a little short on money – so, to conserve his supply of scribbling paper (look, they hadn’t invented the keyboard yet) – he wrote the whole thing out without a single break.

It was an intensive experience.

He went through two marriages, six bankruptcies, one typhoon, and a bout of stuck-burp – (you know – when you’ve got a burp stuck halfway between your stomach and your belly button and it won’t let out?) – while he wrote this epic hernia of a novel.

“Leo,” his editor said. “Have you ever heard of something called a chapter?”

“Ach!” Leo said, on account of he had mysteriously developed a German accent while writing the Prussian parts of his novel. “Why didn’t I think of that.”

“Try a few of these potato chips,” Leo’s editor said. “They go awesome with beer.”

So you see – chapters were invented so that men could drink beer. 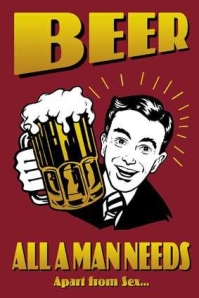 Let me tell you the story.

Quite a few years ago I was asked to write a story for a collection of Canadian speculative fiction inspired by Literature, Music, Art and Culture. That deal fell through – because the publisher who had expressed an interest fell out of business – but a few years following that the editor who had originally asked me for the story got a second chance.

So Mark e-mailed me and asked me if I’d like to come up with a story to fit that theme. It seems the first story wrote for Mark didn’t quite fit in the new collection.

I had worked with EDGE before in Nancy Kilpatrick’s EVOLVE and EVOLVE 2 collection of vampire tales and I had enjoyed the experience. EDGE is a Canadian company and that’s always a plus for me.

So I put together a simple tale involving a Sasquatch, the ghost of Sam Steele and the building of the Cross Canada railroad – centered around that famous painting of THE LAST SPIKE.

Mark liked the story – (I think he might have been drunk at the time) – and he accepted it – (after I sent him more liquor) – and then shortly afterwards EDGE contacted me and asked me if I would serve as co-editor of the next TESSERACTS volume.

So here’s the submission guidelines.

Editing a collection like this requires a fine degree of getting one’s ducks in a row – something that I truly suck at.

But I will do my best to do this just as professionally as is possible. I figure I have a blog and I have a beard and I have a bit of a following. You’re supposed to have a blog these days – and I see a lot of photographs of editors and a lot of them have beards – although that might just be a sign of them being too lazy to shave – and a following is important too – unless it’s a following of angry villagers with pitchforks and torches and such. 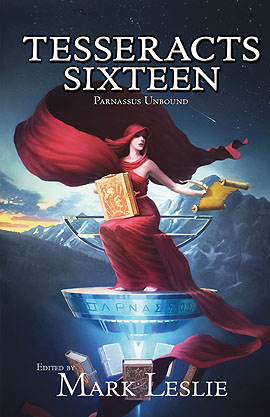